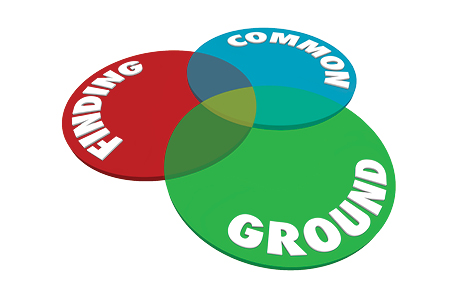 I recently became aware of what appears to be a coordinated attempt to paint me as a Republican and a conservative, and I wanted to weigh in on what I am reading. It is my nature to engage, and in spite of trying to stay focused on our priorities and plan, I thought it was worth a few minutes to share some thoughts.

Although local elections are nonpartisan, I'm a registered Democrat. I appreciate politicians who seem willing to find common ground. I think ideas are more powerful than the political party of the folks who share them. I think part of what's wrong with our national politics is that too many politicians have forgotten this simple bit of common sense.

In terms of substance, I have supported and continue to support many progressive policies commonly associated with Democratic priorities. I support greater renewable energy to reduce greenhouse gas emissions. I sponsored city council resolution 19-497 in June of 2019, to require projects of 10,000 square feet or more to include a solar energy system on 50% of the roof area of buildings and 90% of uncovered area of parking, which will hopefully be approved this fall after it is vetted in committee. I've advocated and consistently voted for investments in local schools, parks and community planning. I support unions and the right to organize in general, including the recent amendments I proposed to the Mystic Ave. zoning change that were ultimately rescinded by Mayor Burke that would require union and local hiring as part of large new developments along that corridor. I joined the picket lines during the Stop and Shop strike and protested when the Mayor allowed nonunion gas workers to work in place of locked out union pipefitters at the police station. I led recent changes to increase affordable housing requirements in our new inclusionary zoning ordinance. And I support gun regulations that keep firearms out of schools and away from kids.

At the same time, my interest in pushing accountability, transparency and efficiency in how we spend scarce taxpayer dollars has led to some votes against spending. Oftentimes, the idea was noble but the execution didn't leave me confident that dollars would be well spent. These ideas are sometimes branded conservative, but to me, they are about accountability and good government. If the economy takes a turn for the worst, we need to be ready and I will be a careful steward of taxpayer dollars if elected.

In sum, I don't consider myself beholden to a special interest or to the exact platform of a single party. I am a Democrat. But more importantly, I am an independent thinker who will listen to ideas and take any action that I think is best for our community — period. Sometimes people will agree with my positions and sometimes they won't, but I think it’s important they know where I stand. I feel it’s important to listen to all and maintain relationships with good people even if we happen to disagree on some issues. I thought it was worth discussing this because I am running this campaign, and have represented Medford, with the belief that good ideas can come from anyone. Throughout my tenure as Councilor, I've tried to focus on what I can do in Medford to make our community the best place it can be for people of all walks of life. That's what I will keep doing if elected.