LETTER TO THE EDITOR: What kind of leader does Medford need on Nov. 5? - Breanna Lungo-Koehn for Mayor

LETTER TO THE EDITOR: What kind of leader does Medford need on Nov. 5? 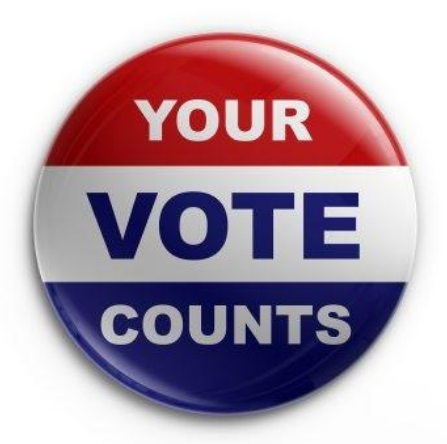 "No doubt this opinion piece may generate strong feelings so please note that this is all about transparency in Medford’s government. I happen to believe we need a change and discuss why below. You may feel what’s in place today is sufficient, or that it’s not a signature issue for you, and I respect that. That said, this is written in the spirit of my frustration with what I perceive to be a problem with transparency that other voters might agree with, or not.

The year is 2019, and the 2020 presidential race dominates the headlines. Here in Medford, another important campaign asks voters the question: to change, or to remain stagnant?

Competing to be mayor of the city of Medford, our candidates are two accomplished women, similar in many regards. Both are lifelong Medford residents, and both have professional careers outside the realm of politics. Both candidates are Democrats with substantive credentials. Yet, there are differences too. One is backed by the political establishment with a hefty campaign chest; the other is running a grassroots campaign held together by limited resources and lots of shoe leather. The contest pits an established insider against an outsider. The race may just show the voter’s disposition in a Commonwealth that has both enormous prosperities, and a host of challenges.

Some may question why this should matter to Medford residents. I am a Medford resident, and have been for a long time. I was born in Medford and went through the Medford Public Schools before leaving for college. I returned as an adult, raised three children here, and have resided in Medford once more since 2003. In that time, Mike McGlynn was the mayor for 28 years. It was generally assumed that McGlynn would always be the mayor until he chose to step down — and that the next mayor would be handpicked by him. That turned out to be true with the rise of Stephanie Muccini Burke from City Council to the mayor’s budget director to her current fourth year as mayor.

Mayor Burke was endorsed by McGlynn, and like him, is the ultimate insider. Some city employees — many of whom are also McGlynn fans — have expressed discomfort with what seems to be McGlynn’s outsize influence upon City Hall. The ex-mayor is a frequent visitor to Medford City Hall — particularly during this election period — and, perhaps, the timing of such visits isn’t the arm’s length I’d like to see. This should not infer McGlynn is doing anything wrong, but appearances during an election period should matter.

Let’s be clear: Many of Ms. Burke’s policy positions are progressive yet her style of execution is strictly old school. For example, her extensive support of luxury apartment developments can be seen clearly in works such as the 500-unit Locust Street project. The Locust Street project’s construction proceeded only after receiving no less than 11 variances from the Zoning Board of Appeals. Furthermore, not only did the City Council unanimously stand against the project, but the Zoning Board’s members were forced to resign following the Attorney General citing an Open Meeting Law violation regarding the hearing.

What’s concerning to me is this consistent pattern of using the Zoning Board of Appeals to ram through projects, rather than ensuring developers always follow the established process. It’s easy to see how this has seemingly resulted in a series of both haphazard and unplanned residential buildings across the city, which in turn has increased traffic and congestion in many of our already-crowded areas. Additionally, more transparency about the beneficial ownership of some potentially-fast tracked development projects is needed, particularly along a mile-long stretch of Mystic Avenue.

The challenger, Breanna Lungo-Koehn — a local attorney and city councilor — can cite only a few instances where she and Ms. Burke, at least when they both served on the City Council, disagreed with each other. Unfortunately, things change. As Burke moved to administration — first as budget director, and later as mayor — the two have repeatedly clashed. Unsurprisingly, this is most often about transparency issues. Lungo-Koehn has written about a continued lack of transparency and decisions made behind closed doors. To be fair, Ms. Burke has rebutted those allegations, albeit defensively. Lungo-Koehn has made it clear in her mayoral run that she does not believe in these types of old school politics, and if elected, intends to ensure a more open government with increased transparency. Again, voters must make their own judgments about whether Burke meets their standard for open government, or not.

What may be the starkest example of their different approaches came in January of 2017 — an incident I witnessed up close at several School Committee meetings. A loaded gun magazine was found in an elementary school auditorium. The incident — despite a backdrop of myriad school shootings and parental concerns — was not disclosed to the public, nor to the parents of the school children. When the matter did, eventually, come to light, the Burke administration attempted to downplay the issue.

Lungo-Koehn publicly took the mayor to task over her failure to alert the community at large, as well as failing to give a proper explanation for the matter — which, unfortunately, allowed unfounded rumors to frighten residents needlessly, me among them. This was a difficult and confusing time for all, and, bowing to public pressure, Mayor Burke hired a political ally to conduct an investigation. An investigation that quickly swept matters under the rug. What really stunned parents was the glaring lack of empathy displayed by City Hall. I, and others, felt we were being told “to get over our concerns for the children.” This all could have been avoided had city government dealt transparently with this significant issue.

To many, this was classic Medford politics: downplay problems, withhold answers, and protect city leaders from any and all accountability. With our last mayor holding office for almost three decades — and a school superintendent serving for almost 25 years — political power in Medford is clearly not accustomed to being shared or questioned. When political power is then “transferred” to a proxy for the previous administration — well, that’s what this piece is about. This is not to downplay Ms. Burke’s accomplishments; rather it’s to be clear that more sunshine is needed in Medford’s government — no matter who the mayor is.

Councilor Lungo-Koehn and her campaign are challenging that way of doing things. Both an advocate for term limits and a populist at heart, she’s pushing the community to step forward with solutions, as well as engaging the residents herself in discussions regarding local issues. She believes that backroom dealing in City Hall must stop and is attempting to convince voters another way is possible. Thus, with two candidates on the ballot whose resumes are similar in public life, the real issues here are these: transparency and accountability.

It is a simple question for Medford voters: Do we want open and accessible discussions of public policy and a voice at the table? Or will we forgo that for the comfort of someone else making the hard decisions — albeit behind closed doors with a record of questionable transparency? Alternatively, it’s about whether one votes for the classic political insider, or whether they choose a new voice running a grassroots political race — and hoping that voters will embrace a change. The outcome of this race looks to be the canary in the gold mine for next year’s national races, and for that reason and many more, is a race worth paying attention to on Election Day."