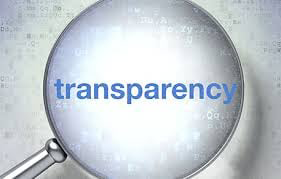 The influence of money on politics is a huge challenge for our country. Unfortunately, our campaign was forced to fund raise to have the resources to share our message for change. We did so through a few events shared with the public and purposely avoided out-of-towners with business before the City.

Sticking with the theme of transparency, we wanted to release our campaign fundraising details to the public to illustrate the grassroots nature of our campaign for Breanna to become your next mayor of Medford. We raised $75,599 in 2019, 89% of donations from Medford residents. Over $9,000 in donations were small dollar amounts less than $50. The details are here: https://www.ocpf.us/Reports/DisplayReport…

Mayor's Burke's fundraising totals show her campaign is bankrolled by a very different group of people. 55% of her donations in 2019 are from outside Medford - approximately $50,000 in outside money flooding Medford to influence voters. This is seriously concerning. The details are located here: https://www.ocpf.us/Reports/DisplayReport…

To dig into the details further, 17% (over $14K) are from developers or the lobbyists and architects of developers living OUTSIDE Medford. This includes $1,000 from a representative of Combined Properties, owner of various lots subject to the haphazard Mystic Ave rezoning attempt pushed forward by Mayor Burke and withdrawn after serious questions were raised. The donation was made in May, the month before the ill-conceived plan was submitted to the City Council for approval.

There are $1,450 in receipts from Tufts leaders, including the head of community relations. These contributions were accepted despite the ongoing negotiation of the PILOT agreement, a contentious Tufts development proposal approved by the City and failed attempts to convince Tufts to share its future master plan. There is also $200 from a leader of Melrose Wakefield hospital despite the ongoing negotiations regarding the future of Lawrence Memorial. The donation was made in June, 2019 when negotiations were unresolved. Mayor Burke needs to explain to voters what these donations are for and what types of conversations she had about City business with donors throughout the election cycle.

Our opponents' report raises serious questions about who has access to the leader of this city and who is influencing her thoughts and actions through their financial contributions to her reelection effort. We all know the influence that money has on power in the national political environment……but do we want those same influences in the City of Medford?

This election is an opportunity for the residents of Medford to decide our future, not for out-of-towners with business interests before the City to have a loud voice in the process. Thank you to our local supporters who have sacrificed their time and resources to help share our message for change. We need to bring MEDFORD back to the PEOPLE of MEDFORD!!