In 2001 Breanna Lungo-Koehn decided it was time to take a stand for people who were not being represented effectively in Medford. Despite the long odds and discouragement from insiders, she ran for city council – and won a seat at the age of 21, at that time serving as the youngest city councilor in Medford’s history. 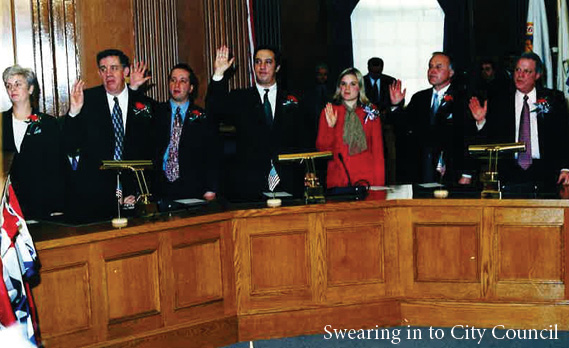 Like everything Breanna commits to, she gave her all to the campaign. She worked tirelessly learning about what was important to Medford residents and alongside her father hand-delivered almost 50,000 brochures to share her platform with Medford.

Re-elected to the City Council nine times, Breanna has fought for the collective good of Medford residents earning a reputation for integrity, independence and hard work.  She has stood up for our neighborhoods, fought for transparency and accountability, and battled to make sure our children, families, veterans and seniors have the best opportunities possible.

Breanna’s father, Edward, was a local businessman, and her mother Susan was a school secretary. The family business in Wellington Circle selling flowers and Christmas Trees put them at the center of the community.  Medford politics was a common topic of conversation at her childhood dinner table. Breanna learned about how the city worked, and how important it was to care, work hard, never give up, and always fight for what’s right. 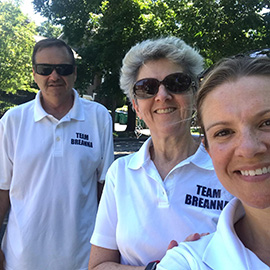 Breanna graduated from Medford High School and received a Bachelor of Arts in Criminal Justice and Psychology from Endicott College in Beverly where she graduated Alpha Phi Sigma. She went on to earn a Juris Doctor degree from the Massachusetts School of Law in 2006, and was admitted as an attorney in the Commonwealth of Massachusetts that same year.

Breanna opened her own legal practice in Medford in 2009 after working for a Boston law firm. She specialized in Family Law, Personal Injury, and Estate Planning.

After serving nine terms on the Medford City Council, Breanna Lungo-Koehn was sworn into Office as the 32nd Mayor of Medford, on January 5th, 2020.

Since coming into the Mayor’s Office, Breanna has led the City with the same philosophy that she brought to the City Council - that transparency, honesty, hard work, and the people of Medford come first.

Leading the City through the COVID-19 pandemic in 2020 and 2021 was an unexpected challenge for Breanna - and for Medford - but she took this challenge head-on, advocating for Medford’s best interests at the highest levels, developing plans and strategies to keep residents safe, being a leading voice to get Medford Public School students back in the classroom safer and sooner, supporting our local businesses, and getting Medford back open.

When it mattered most, Breanna was who she has always been -
a bold leader for Medford.

But even with everything that was accomplished since coming into office, Breanna knows that there is still important work that remains - which is why she is running for her second term as Mayor of Medford.

Breanna has never shied away from hard work - and she brings energy and enthusiasm to everything she does. In addition to serving as Mayor, Breanna and her husband David both coach several youth sports teams in the city. Breanna is also active with Girls on the Run, an organization that builds confidence in diverse groups of young women through training for a 5k. She has also been active with Portal to Hope, a non-profit that helps victims of domestic violence. 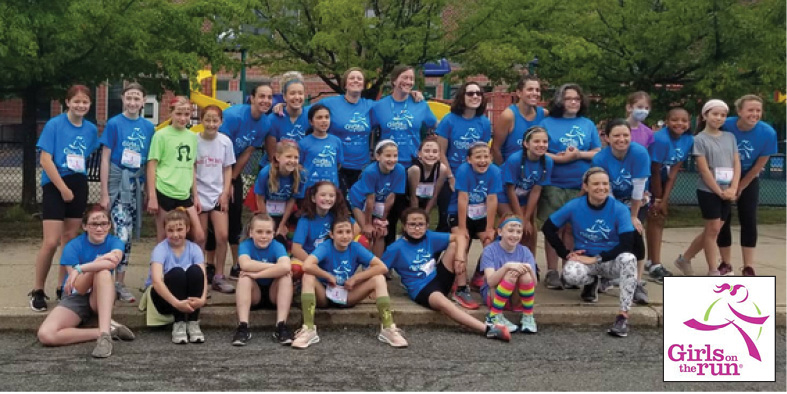 Breanna and David have three children: Bayley, Kaliway, and Kody - all students in Medford Public Schools. 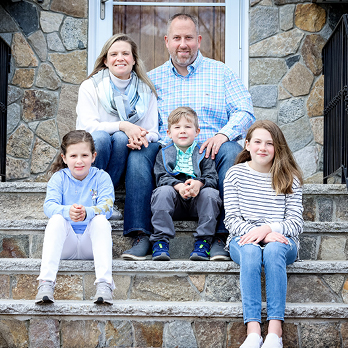 You can join us using

Paid for by the Committee to Elect Breanna Lungo-Koehn.

Created with NationBuilder – Theme by Tectonica